Working at BTPN is more than a job. It is a mindset for a fulfilling career. We see ourselves as a force for good, impacting both our customers and indeed the people who work for us and with us. Increasing the significance potential of every Indonesian refers not just to the mass market or our retail funding customers, but also the staff and management of BTPN.

Our structured career development programmes come with in-depth training and development courses. Our volunteer programmes enable staff from one line of business to better understand the customer segments of other business lines so that we are truly "One Bank" with a single unified vision and cause. 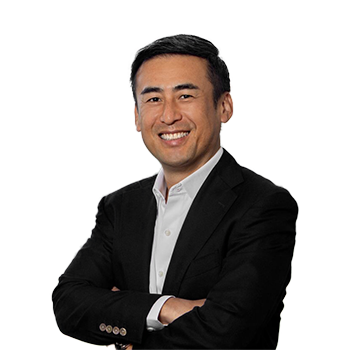 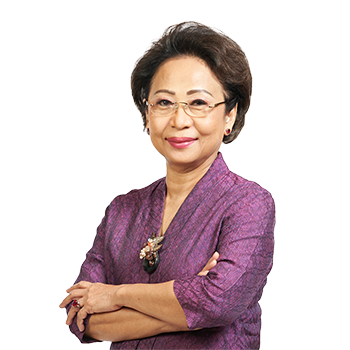 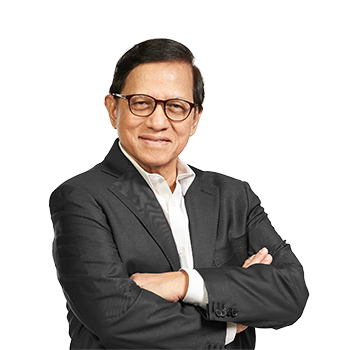 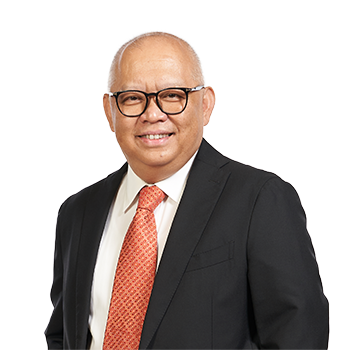 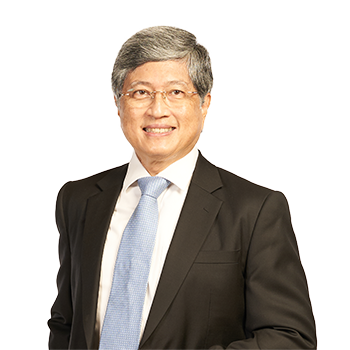 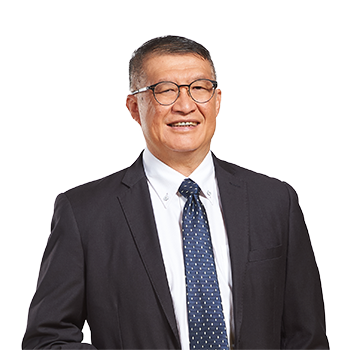 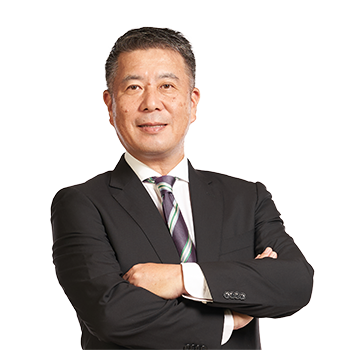 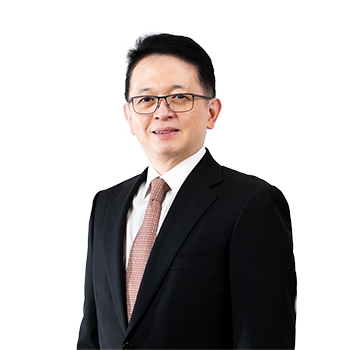 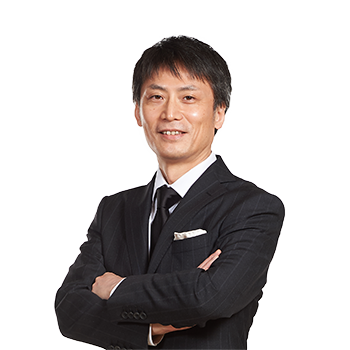 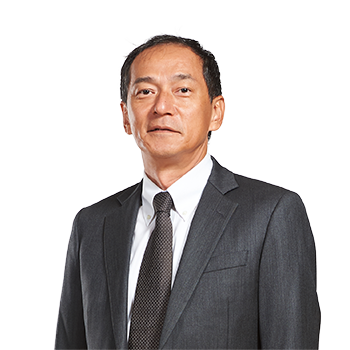 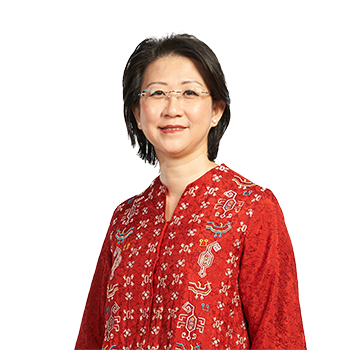 
Chow Ying Hoong has been appointed as Commissioner effective on 1 February 2019.

He graduated from the National University of Singapore in 1984 with a degree in Business Administration (Finance).


Takeshi Kimoto has been appointed as Commissioner effective on 1 February 2019.

Currently serving as General Manager of Asia Growing Markets Division of Sumitomo Mitsui Banking Corporation and member of the Board of Commissioners of PT Oto Multiartha & PT Summit OTO Finance.

Graduated from Keio University with Bachelor of Arts in Business and Commerce.

She started her career in 1981 at Utomo Public Accountant Office (SGV-Utomo). In 1985, she joined PT Bank Central Asia Tbk with the latest position as Head of Audit Development and Quality Control in 2012.

She obtained her Master degree in Finance from University of Indonesia.


Indonesian citizens. Age 71 years. He completed his undergraduate program at Erasmus University Rotterdam, The Netherlands, faculty of Economics, in 1974 and his Master program in Monetary & International Economics at the University of Amsterdam, Netherlands in 1978.

He began his career in Indonesia Overseas Bank (Indover Bank Amsterdam) as an Analyst in 1979 to 1981. Since 1981, he has worked in several well-known banks and companies in Indonesia, among others in Citibank Jakarta as Assistant Vice President / Division Head of Special Credit in 1981–1985, American Express Bank as Assistance Assistant Vice President/Division Head of Marketing in 1985-1987, PT Bank Susila Bakti as Business Director in 1987-1991, PT ING Indonesia Bank as Deputy President Director in 1991-1996 and in 2000-2004 reappointed as President Director, PT BT Securities Indonesia as Managing Director in 1996-1999, PT BT Lippo Finance Jakarta as Commissioner in 1996-1999, AAJ Associate as Senior Managing Director in 1999-2000, Egon Zehnder International as Advisor Executive Search in year 1999-2000, PT Bank Universal as Independent Commissioner in 1999-2000, PT Multi Bintang Indonesia as Member of the Audit Committee in 2000-2008, ING Bank NV, Representative Office as Chief Representative in 2004-2009, PT BAT Indonesia as Audit Committee Member in 2008-2009, PT Sari Melati Kencana as Commissioner in 2011-2016, PT Mitra Bhadra Consulting as Advisor in 2010 until currently, PT Sriboga Marugame Indonesia as President Commissioner as of 2016 until currently, and PT Bank Tabungan Pensiunan Nasional Tbk as Independent Commissioner as of June 2009 – January 2019.


Edmund Tondobala has been appointed as Independent Commissioner effective on 18 November 2020.

He started his career in 1988 at Security Pacific Bank Arizona. In 1990, he joined PT Bank Central Asia Tbk with the latest position as Head of International Banking Division in 2020.

He joined The Sumitomo Bank Limited, Tokyo, in 1989. Since then he has been entrusted with various responsibilities in London, Hong Kong, Manila, New York, Singapore, with his last position at Sumitomo Mitsui Banking Corporation as Senior General Manager of Asia Growing Market Department ("AGMD") in Singapore.

Lastly, he served as Technical Advisor of Bank BTPN in 2018 – 2020, and later as Deputy President Director since 2020 and has been reappointed through Annual GMS on April 21 2022.

Started her career as a Pro Bono Lawyer at a Lembaga Bantuan Hukum Jakarta in 1988, then joined PT Bank Sumitomo Niaga since its establishment in 1989 until 1993, subsequently joined several banks such as PT ING Bank in 1993–1996, PT Bank PDFCI Tbk in 1996–1999, PT Bank Danamon Indonesia Tbk in 1999-2000. She founded and ran Herdini&Partners a Law Firm in 2000–2004, and then rejoined to PT Bank Danamon Indonesia Tbk in 2004–2014, a Compliance Director at PT Bank Sumitomo Mitsui Indonesia in 2014–2019, until finally joined Bank BTPN as Compliance Director at Bank BTPN since 2019 and has been reappointed through Annual GMS on April 21st 2022.

Started his career at Sakura Bank in 1992 and Joined Sumitomo Mitsui Banking Corporation (SMBC) in 2001, then assigned to SMBC New York in 2002-2009. He was transferred back to Tokyo in 2009 and was assigned to SMBC Sydney in 2011, then returned to his career at SMBC Tokyo in 2015. He was assigned as Treasury Director at PT Bank Sumitomo Mitsui Indonesia in 2016–2019, then served as Treasury Director at Bank BTPN since 2019 and has been reappointed through Annual GMS on April 21st 2022.


Japanese Citizen, graduated from Faculty of Commerce from Waseda University, Tokyo in 1993.

Started his career at The Sumitomo Bank Limited, Tokyo in 1993-1995, then assigned to Semba Branch of Sumitomo Bank Limited in 1995-1998, PT Bank Sumitomo Niaga in 1998-1999 and Kanda Branch of SMBC in 1999-2001, back to his career at PT Bank Sumitomo Mitsui Indonesia in 2001 until 2009 with the last position as Group Head of Marketing Department (Japanese Corporation). He returned to SMBC Tokyo with the last position as Group Head of Global Corporate Client Department in 2009 until 2014, followed by served as Deputy CEO at JSC Sumitomo Mitsui Rus Bank in Moscow in 2014-2018 and the last in SMBC, Seoul Branch as Joint General Manager. Then, he served as a Director at Bank BTPN since 2021 and has been reappointed through Annual GMS on April 21st 2022.


Indonesian citizens. Graduate from Faculty of Economics and Accounting and achieved Master of Business Administration from University of New South Wales, Australia.

She finally joined as Chief Financial Officer at Bank BTPN from 2018-2019, then served as Finance Director from 2019 and has been reappointed through Annual GMS on April 21st 2022.

BOARD OF COMMISSIONERS CHARTER

BOARD OF DIRECTORS CHARTER